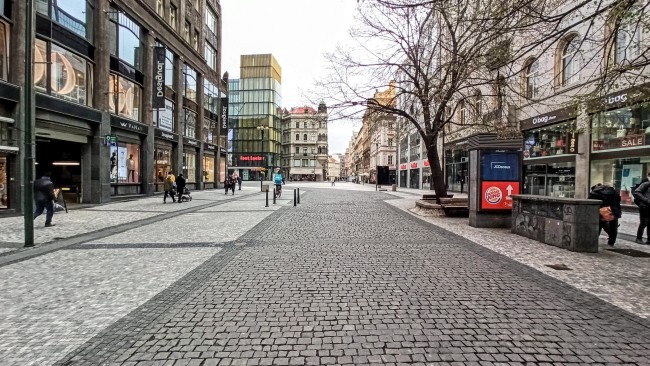 The total volume of modern Czech retail stock hit 3.79 million square meters as of the end of Q1 2021, according to JLL. Of that total, 69% is located in shopping centers, while the share offered by retail parks now comes in at 27%. A pair of new retail parks came online in Q1, both located in the Central Bohemia region: OC Čestlice and Zenexto in Zruč nad Sázavou. In its Prague City report, JLL notes that 27% of all retail is located on the territory of the City of Prague, with the next closest region being the Moravia Silesian region which contains 13% of all retail stock. Work got underway on 10,000 sqm of retail which will be delivered as part of Penta’s Masaryčka project, while the largest scheme underway outside the capital is Aventin Jihlava.

Looking more granularly, JLL found that March’s seasonally adjusted sales in retail trade decreased in real terms by 1.6% compared to February 2021. Even retail sales of food fell (0.5%), while non-food goods dropped 1.2%, and sales of automotive fuel dropped by 7.5%. On an annualized basis, adjusted sales increased by 5.0%. Sales of non-food goods increased 12.1%, whereas sales of food decreased by 0.5% and sales of automotive fuel dropped 3.5%. It’s not entirely surprising that online sales were up 36.2% y-o-y for the month, while sales of clothing and shoes fell by roughly the same amount. Despite the chaos, prime headline rents held firm in shopping centers and on the high streets, despite  softening at the end of 2020. JLL lists the prime rent for a 100 sqm notional shopping center unit at €150/sqm/month, while its high street counterpart would cost €210. 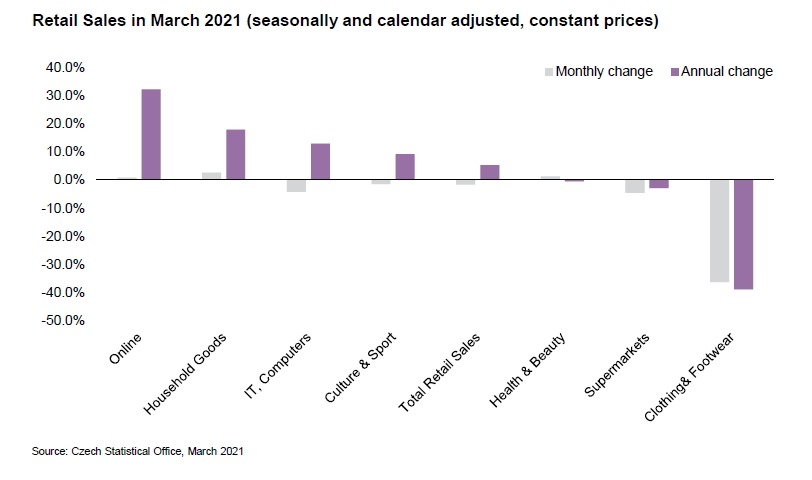 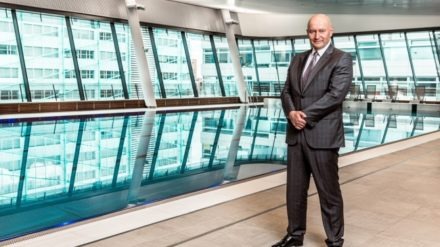 Radim Passer: Prague’s the winner when new offices are built 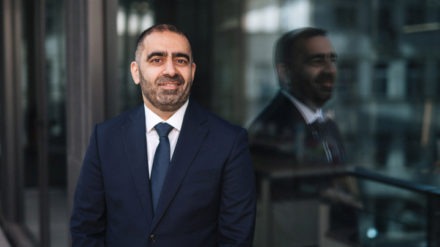 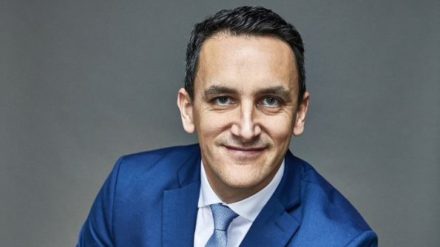 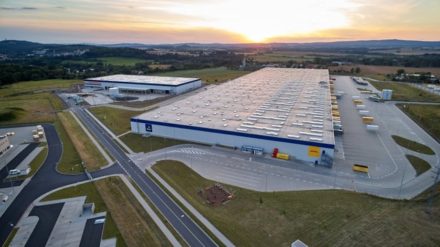