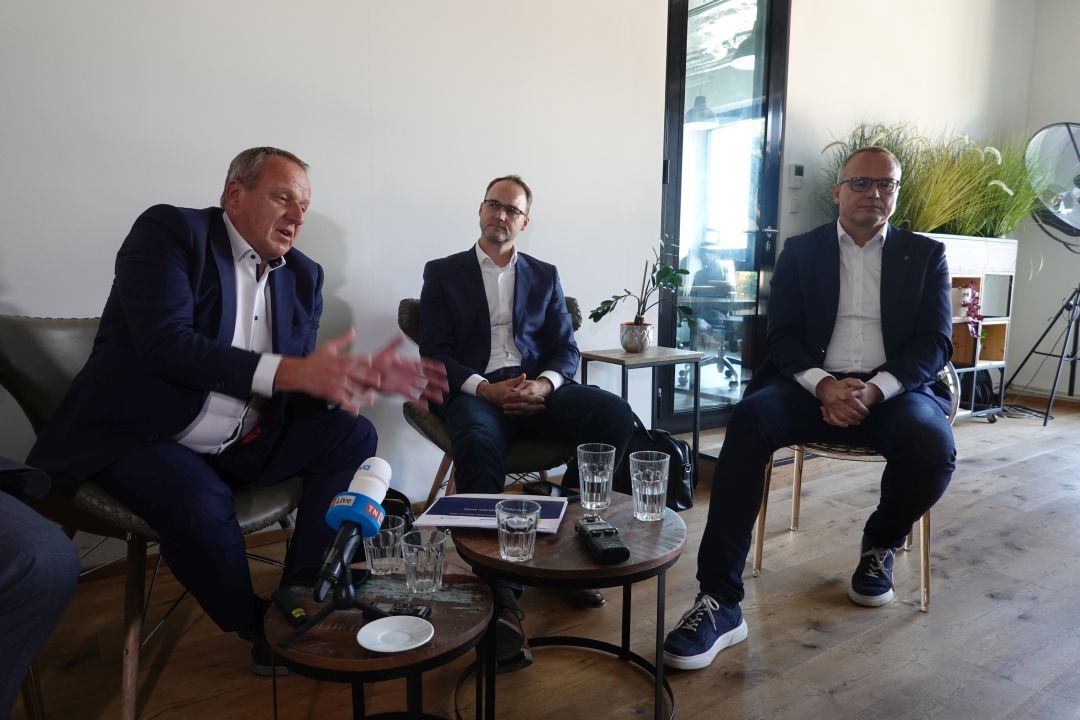 You can tell that momentum is leaking out of Prague’s residential market because the price of older units is actually beginning to fall. There are still serious imbalances out there, however. Because even if Prague sales tanked by 42% in Q3 (compared to Q2) to just 550 units, the year-on-year prices rose at a double-digit pace: 17% to CZK 147,884 per square meter (sale prices) and 12% to CZK 154,181/sqm (offer price).

The numbers (from Central Group, Skanska and Trigema) are shocking, but end of the residential boom doesn’t come as a surprise. After all, mortgages are three times more expensive than they were a year ago. Mortgages drove residential sales but also the dramatic price hikes during 2021, as Czechs took full advantage of ultra-low Covid-era interest rates. 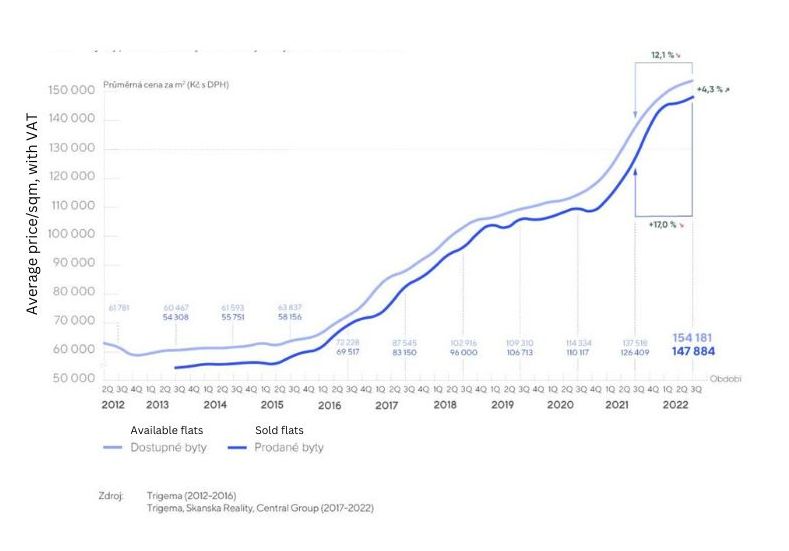 At a meeting with journalists this week, the directors of the city’s biggest three residential developers warned that prices are unlikely to fall. That’s due in part to continued rises in construction materials. But it’s primarily a supply issue – or rather, the lack of supply. Sales were so ferocious last year that the number of available flats fell to fewer than 3,000 12 months ago. This grew to 4,700 by the end of QIII, but it’s not nearly enough.

Demographics and a lack of new construction over a period of many years mean that Prague needs at least 10,000 new flats per year. Yet through August this year, the city has issued construction permits for just 3,252 flats. That adds up to chance for just 5,000 units in 2022. Rather than catching up on its debts from the past, in other words, Prague is falling further behind.

I spoke with the (self-appointed) three kings of Prague’s residential market, who all tell an identical story: the housing crisis in Prague will deepen. Not only is it the state’s fault (because it refuses to pass a functioning construction law), but it’s missing out on billions of koruna in tax revenues as a result.

“It’s tempting to say this is just a problem for developers,” said Skanska Residential’s director Petr Michálek. “But this involves everyone: individuals who want to build a house and even public investors. Including a town that wants to build a school or a community center. We all want to live in nice towns that develop and offer quality living conditions. But with the current law we can’t achieve this in a reasonable amount of time.”

What’s worse, says Central Group director Dušan Kunovský, is that the endless delays are making flats far more expensive. “According to our analysis, flats could cost 15% less if the approval process for large projects were faster,” he told me. “If we sink our equity into land that takes five or even ten years to secure planning for, that money is simply frozen. The price of that money plays a huge role. You can’t build a business using that kind of model because your equity is just frozen.”

Of course, it’s not just the cost of money. It’s also the start and stop nature of the work, which could be organized more efficiently if it were on a larger scale. “If we could build more, we’d be able to utilize bulk buying, both for materials and for work. We could use serial production methods with specialists going from one project to the next, rather than waiting around to see if the next project will be approved in 2027 or 2029.”

“I have the feeling that the state doesn’t realize what these delays cost,” said Trigema’s director Marcel Soural. “The math is simple. If you buy brownfield land for CZK 200 million and you have to wait eight or ten years for planning then at today’s rates, within 8 years, the cost of your land is CZK 400 million. That’s what’s so expensive. Does the government even realize what this is causing? If they shortened the approval process, then all of those expenses fall away.”

“The problem isn’t the problems it causes for developers,” said Skanska’s Michálek. “The problem is the impact it has on people who need to live somewhere. Prague attracts people like a magnet. People want to improve their standard of living, buy a new one to replace an old one. What’s sad is that the root issue isn’t being addressed: housing in Prague.” 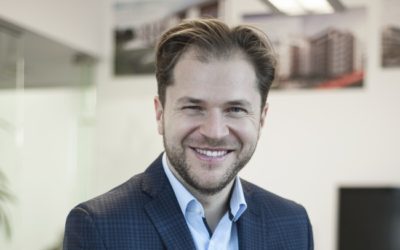