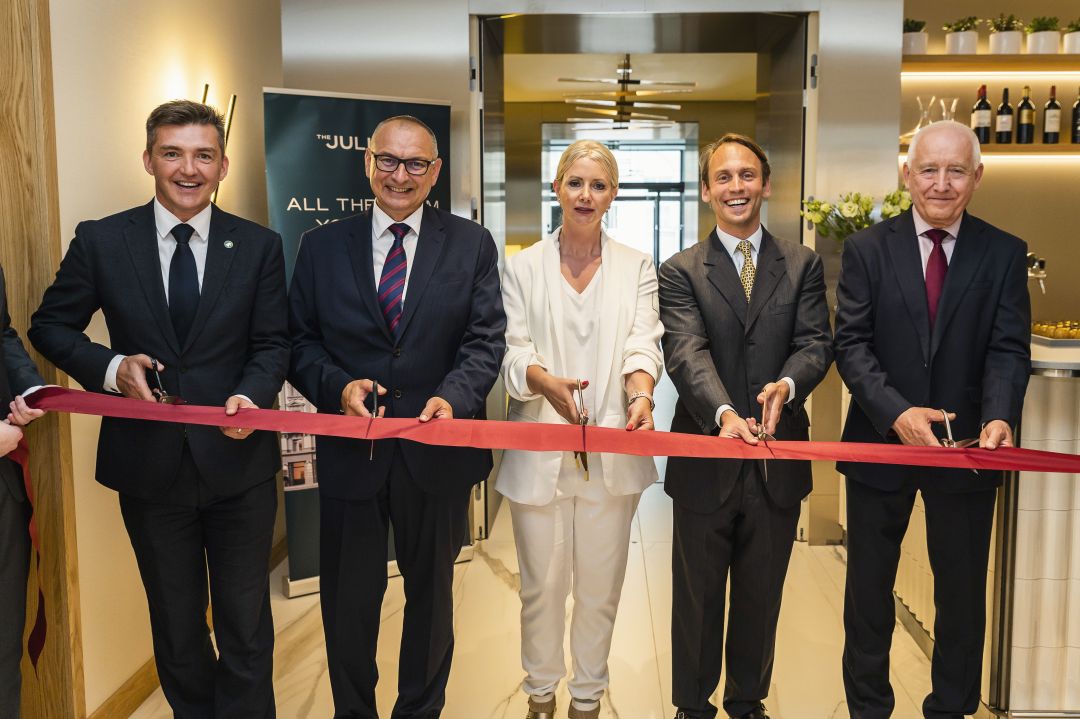 Julius Meinl VI himself was on hand to open the family company’s first residence, the Julius Prague. He said the company was celebrating its 160th anniversary this year by rolling out a completely new type of accommodations product.

“We believe we’ve identified a gap in the market that we believe meets the needs of the modern traveler,” he said. “It really comes from the thought that the hospitality sector is a centuries old industry that tells you as a traveler who you are and where you have to stay.” 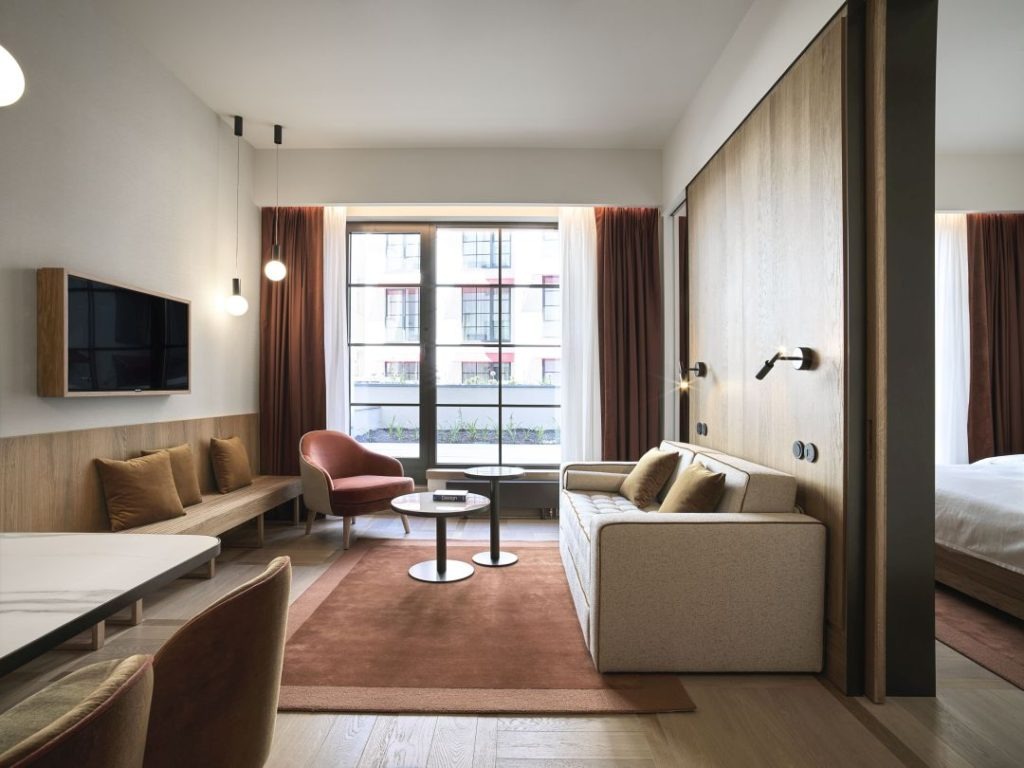 This has always meant that business travelers stay in business hotels and conference travelers end up in conference hotels and those with kids go to family hotels. “The reality is different nowadays,” says Meinl. “People travel for a variety of reasons at the same time, so we wanted to create a product that enables customers to embark on this journey and offers a mixed experience.”

Head of Hospitality Zdenek Kovarik says at The Julius Prague, it’s up to each guest to define their experience. Those who prefer independence can check in with their phones and an automated kiosk. They can even cook for themselves in their rooms since most come with kitchens. “On the other hand, we can provide you with all the services you’d associate with a 5-star property,” he says. These include meeting rooms, a restaurant, hotel bar and of course a 24/7 reception desk.

But the real attraction are the rooms, with their high ceilings, impressive design and high-end furnishings. They’re also just big, with a majority of the 168 units coming in at over 45 sqm and significantly less expensive than Prague’s other 5-star hotels.

The flexibility Meinl spoke about at the opening sounds like a post-pandemic adjustment. But the company has been planning to build a European network of residences since 2016. Kovarik insists The Julius Prague is out in front of a real shift in hospitality. “We believe that our product will set a new standard not only in Prague but generally in our industry,” he says. “In our case, you’re getting an apartment while what the other hotels offer is a hotel room.”

Size matters, he says, because the trend will likely be for people to make fewer trips, but to spend longer at their destinations. The only other way to get larger rooms is to sign up for extended-stay apartments. But these tend to be 2- to 4-star quality with little in the way of services.

The residence’s average units offer between 45 – 50 sqm, but it also has a 70 sqm ‘deluxe’ suite consisting of bedroom, living room, dining space and kitchen and provides a terrace. Units are equipped with Miele appliances, designer porcelain and guests free to use the other amenities which include a co-working center and the in-house gym. 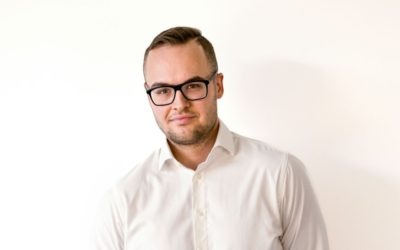